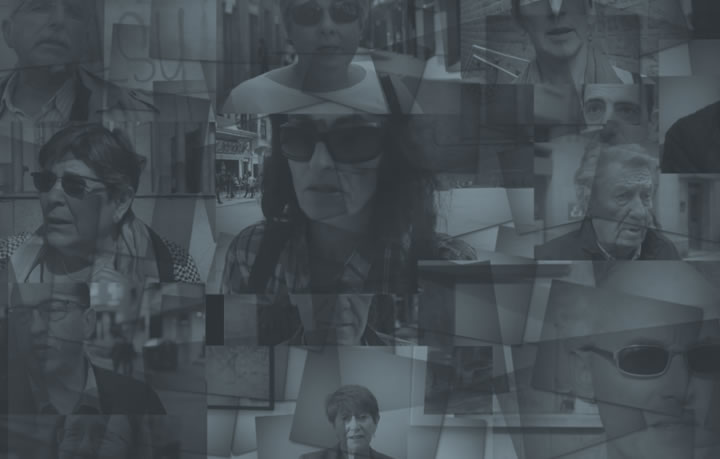 Remembrance square is a travelling exhibition which has visited the main cities of the Basque Country since January 2016 to generate a critical reflection of the past and to contribute to the construction of a shared and pluralistic memory.

The Remembrance Square exhibition is a place where to listen to the testimony and life experience of the victims of ETA terrorism, victims of GAL, the Spanish Basque Battalion and other terrorist organisation, victims of the unlawful police brutality and victims of the Spanish Civil War and Franco’s dictatorship. The exhibition and interactive audiovisual content seek to get the general public to critically reflect on human rights breaches in the Basque Country.

Furthermore, the exhibition a democratic participation space in the construction of the collective memory. The public are invited to provide their written or recorded accounts, using the booths prepared for that purpose, as pieces of the remembrance jigsaw puzzle and its shared construction.

Right from the very start, in Bilbao in February 2016, the Remembrance Square exhibition has visited 18 municipalities of the Basque Country, including the three provincial capitals. During that time, 34,300 people have visited it, 4,700 of whom were students from Year 4 of ESO (Compulsory Secondary Education), Upper Secondary and Vocational Training.